Governor Ron DeSantis’ policies have stabilized the Covid situation in Florida this week. The Governor visited an Orlando hospital Tuesday where he pointed out that over the last few months Covid patients are seeing improved outcomes and recoveries while hospitals are experiencing flat or declining hospitalizations.

Here’s how the media handled the story: https://www.wptv.com/coronavirus/gov-desantis-to-hold-coronavirus-roundtable-at-12-30-p-m-in-orlando

Governor Ron DeSantis’ efforts to champion lower prescription drug costs paid off recently when he met with President Donald Trump at the White House for the President’s historic signing of an executive order accomplishing this goal.

The 2003 Medicare Modernization Act allows U.S. wholesalers and pharmacists to import prescription drugs from Canada if the U.S. Department of Health and Human Services authorized it — which it had not done. Governor DeSantis saw this as an opportunity to bring drug costs down from the outset and led the charge, culminating in the signing. This means that not only Floridians, but all Americans will be able to access more affordable prescriptions.

“I was excited to join President Trump last week for the signing of this landmark executive order and to highlight what we’ve accomplished at the state level to lower the cost of prescription drugs,” Governor DeSantis said. “With his signing of this executive order, President Trump has done what those before him could have but chose not to, and we thank him for his support.”

During a roundtable at a school for special needs children in Clearwater, Governor DeSantis made clear that he wants to ensure school choice this fall for parents, who should have the right to choose how their children are educated — whether in person or online. He said offering parents the choice is what is best for the children and the parents.

While school employee unions have opposed Governor DeSantis’ plans, parents of special needs children, among many other parents, supported him. “I’m very concerned about any social, emotional, and behavioral consequences for staying at home long-term,” said Lindsey Sinclair, whose child has autism. “It is so hard to replicate what the teachers, with the aides, with the support with therapies do in a home setting. You just can’t do that,” said Erica Raff whose son has Down’s Syndrome.

The Governor’s policy gives these parents and millions of others the choice they so desperately need.

Seeing how woefully dependent the United States had become on foreign countries, particularly China, for our medicines, President Trump signed a partnership with Kodak to begin producing critical pharmaceutical ingredients here in the United States.

Peter Navarro and Adam Boehler wrote in the New York Post: “America is dangerously dependent on foreign supply chains for all three stages of drug production: starting materials used to manufacture active ingredients, the active ingredients themselves and the finished product in the form of tablets, pills and injectables.”

Under Operation Warp Speed, President Donald Trump is harnessing the full power of the public and private sectors to deliver a safe and effective Covid vaccine much sooner than would be expected. “Vaccines are coming along really well. Likewise therapeutics. Moving faster than anticipated,” President Trump said.

Operation Warp Speed is a groundbreaking partnership between the federal government, the scientific community, and the private sector to develop, produce and deliver 300 million doses of safe and effective vaccines in record time — with the initial doses available by January 2021.

President Donald Trump is taking action to prevent illegal aliens from being counted in the 2020 census for the purpose of apportionment. Including illegal aliens as Democrats want to do, dilutes the representation of American citizens.

President Trump issued a memorandum clarifying that illegal aliens are not to be included for the purpose of apportionment of Representatives following the 2020 census. This comes on the heels of the President’s order directing the federal government to collect the information needed to ensure that accurate citizenship data is compiled in connection with the census.

Giving congressional representation and political influence to illegal aliens — people who have shown a blatant disregard for our laws — would pervert our democratic principles and weaken the rights of Americans. 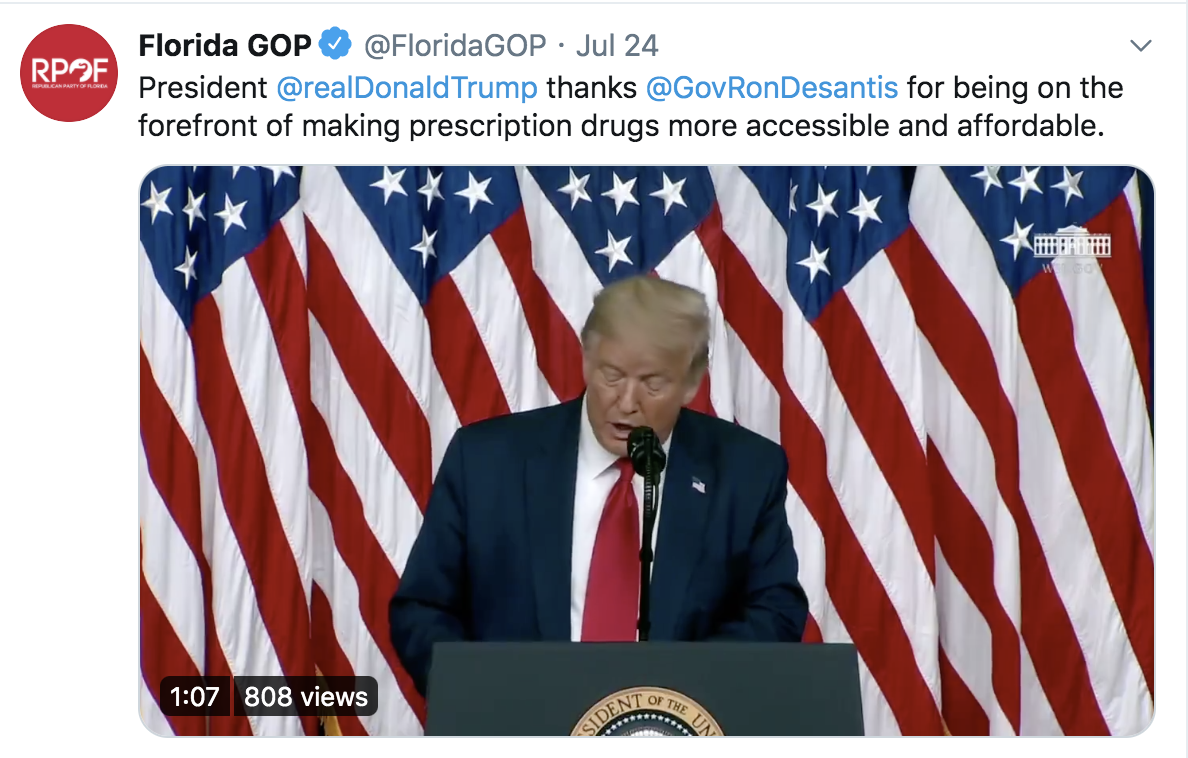